101st Airborne Division deployed to Camp Mihail Kogălniceanu - from departure to arrival in Europe, plus some good interviews with captains and NCOs

Posted by Andrew Taylor at 9:25 PM No comments:

Posted by Andrew Taylor at 8:42 PM No comments:

Response to Russia:Screaming Eagles Back in Europe for First Time Since World War II

The US Army's 101st Airborne Division (Air Assault),the Screaming Eagles,have been deployed to Europe for the first time in nearly eight decades.Hundreds of members of the unit,which participated in the D-Day invasion on 6 June 1944,arrived back in the continent after departing from Campbell Army Airfield,Kentucky on 27 June 2022 on a nine-month deployment to Europe.Their mission?To assure NATO Allies and deter Russian aggression.According to Col.John Lubas,deputy commander for operations 101st Airborne Division: We're going to check the Russian influence and we're going to impact the Russians' decision-making for probably the next 10-20 years.We're going to do this with all our Partners in NATO,the European Union and the West,and this is an incredibly important mission.* Major General J.P. McGee,commanding general 101st Airborne Division and Fort Campbell,said the Division had been in an increased readiness posture for several months and is just as prepared now as in World War II: Since D-Day,June 6,1944,this Division has repeatedly answered the nation's call in every major conflict.The Screaming Eagles of today are ready to support our Allies to preserve the long-lasting stability of the Europe that our predecessors fought and died to secure.* On 30 July 2022,the 101st uncased their colours (flags) in the traditional Army ceremony marking their arrival in Europe at Mihail Kogalniceanu Airbase,Romania.They were welcomed by the Prime Minister of Romania,Nicolae Ciuca.The troops will be deployed to Bulgaria,Hungary,Romania and Slovakia,representing the ironclad commitment of the United States to its Allies.They will be deployed in support of U.S. Army V Corps,reinforce NATO'S Eastern Flank and engage in multi-national exercises with Partners across the European theatre of operations.The unit's Soldiers in Romania are only 198 miles/318.65 kilometers from where the fighting is raging in Kherson,Ukraine,which makes them the most foward-deployed force in the US military.* More recently,the 101st Airborne Division (Air Assault) had served in Vietnam,Iraq and Afghanistan.Their current deployment to Europe includes elements of the 2nd Brigade Combat Team.*
Posted by Andrew Taylor at 6:17 PM No comments:

Posted by Andrew Taylor at 6:22 PM No comments:

Two US Navy America-class amphibious assault ships,which are testing the small aircraft carrier role,are among the naval forces on watch as China encircles Taiwan with "military operations,"as they put it,in response to the arrival of House Speaker Nancy Pelosi at Songshan Airport in Taipei,Taiwan.Having begun her mission in Singapore,the Speaker had been escorted by US Air Force F-15 Eagle fighters on her flight from Malaysia.The flight took the long route over Southeast Asia,rather than the short cut over the tense South China Sea where China has been engaged in bullying activities.The other maritime forces involved are in the USS Ronald Reagan Carrier Strike Group.So the two Marine Corps aviation carriers,which have embarked F-35B Lightning II Joint Strike Fighters (the Marine Corps variant of the F-35 featuring short takeoff/vertical landing) are to the north of Taiwan,with the USS America (LHA 6) in its homeport of Sasebo,Japan and the USS Tripoli (LHA 7) just off the Okinawa Prefecture coast;while the Ronald Reagan Carrier Strike Group is on watch to the south of Taiwan in the South China Sea.It is impossible to say just how far Beijing will go with these operations.Best case,they will just lob a few missiles into the sea,make some low passes near Taiwan and go home.Yet the Pentagon has prepared for the worst case scenario as well.* Mrs.Pelosi's US Air Force C-40 VIP transport may have taken the long route;but it landed at Songshan as fast as a bat out of hell.She and her Congressional delegation then stayed the night at the Grand Hyatt Hotel in Taipei.Speaker Pelosi,a longtime critic of Red China,addressed the Taiwan legislature in the morning and had a meeting scheduled with the Taiwanese President Tsai Ing-Wen,planning to depart in the afternoon and head for Japan and South Korea.Russian and Chinese warships have nearly encircled the main island of Japan in recent days.The flotilla of ten warships was just "ensuring stability in a volatile region,"the two rogue nations stated.* Future iterations of the America-class are to have the well-deck restored so they can truly be amphibious landing ships again.The well decks had been removed from the first two ships of the class,the America and the Tripoli,to make room for more hangar and aviation-related storage space.*
Posted by Andrew Taylor at 8:44 PM No comments:

Posted by Andrew Taylor at 5:32 PM No comments:

The Department of Defense is prepared to deploy military assets to protect Speaker of the House of Representatives Nancy Pelosi (D-California) and her Congressional delegation,should she choose to visit Taiwan over hostile Chinese rhetoric against her planned visit at the invitation of Taiwan,the Associated Press quoted U.S. officials as saying.Mrs.Pelosi declined to reveal whether or not she was going to Taiwan for security reasons.As Speaker,Nancy Pelosi is third in line for the presidency,after Vice President Kamala Harris.It's been 25 years since one of her predecessors,Speaker Newt Gingrich,traveled to Taiwan in 1997.Although President Joseph R. Biden didn't seem enthusiastic about her plans,he has no authority to order her not to go,since she is a member of the co-equal Legislative Branch.Chairman of the Joint Chiefs of Staff,General Mark Milley,US Army,indicated that,should the Speaker or anyone else decide to visit Taiwan,the Pentagon will do what is necessary to ensure a safe conduct of her visit.Military assets already deployed to the Indo-Pacific Region are considered adequate for the task. China has warned it will take "firm and forceful measures" against such a visit in order to safeguard what it considers its national sovereignty and territorial integrity.Accompanying Mrs.Pelosi will be Congressman Gregory Meeks (D-New York),Chairman of the House Foreign Relations Committee and unspecified others. According to the AP sources,the protection provided to Pelosi and her delegation will apply to her flights into and out of Taiwan;but also while she is on the ground.There would be overlapping rings of protection for her throughout her visit.There would also be search and rescue assets on alert in case of an accident in the air or on the ground.In addition to possibly visiting Taiwan,the Speaker is planning to visit South Korea,Singapore,Japan and Malaysia.Said Congressman Darin La Hood (R-Texas): It is inappropriate for foreign governments,including the Chinese government,to attempt to influence the ability or the right to travel for the Speaker,Members of Congress,or other U.S. Government officials to Taiwan or anywhere else in the world.* The South China Morning Post said that the USS Ronald Reagan (CVN 76) Carrier Strike Group had departed Singapore on Tuesday,heading in the direction of the South China Sea.A US Navy spokesman confirmed that the Reagan CSG was now in the South China Sea,but declined to comment on the Pelosi visit.Besides the USS Ronald Reagan,the CSG consists of the embarked Carrier Air Wing V (CVW5);the Ticonderoga-class guided-missile cruiser USS Antietam (CG 54);and the Arleigh Burke-class guided-missile destroyer USS Higgins (DDG 76).Customarily,a nuclear-powered fast attack submarine also accompanies a Carrier Strike Group,but is not announced.A sensitive source told Radio Free Asia that the Reagan CSG could sail close to the east side of Taiwan in a show of power,but will not engage in any confrontation with the Chinese People's Liberation Army (PLA).U.S. Indo-Pacific Command declined to comment on the RFA report.* Updates:Speaker Pelosi's plane left San Francisco on Saturday.It is a Boeing C-40C and flew at an altitude of 32,000 ft/9.7536 km.The plane has an American flag on its tail and "United States of America" on its fuselage,with the livery resembling the Air Force One colours.The C-40C is a military version of the Boeing 737 Next Generation.It has auxiliary fuel tanks giving an unrefueled range of up to 5,000 nautical miles,or up to 5800 mi/9300 km.The C-40C is a VIP transport version for Cabinet members and Congressional use.The D.C. Air National Guard operates two of the aircraft,and the US Air Force Reserve 932nd Airlift Wing operates three more of them out of Scott Air Force Base,Illinois.* Also on Saturday,the PLA conducted live-fire drills near the Pingtan Islands off Fujian Province,near the Taiwan Strait.As well,the PLA Navy (PLAN) conducted exercises off the Chinese South Coast near Guangdong on the South China Sea,where the USS Ronald Reagan CSG is also sailing.
Posted by Andrew Taylor at 4:18 PM No comments: 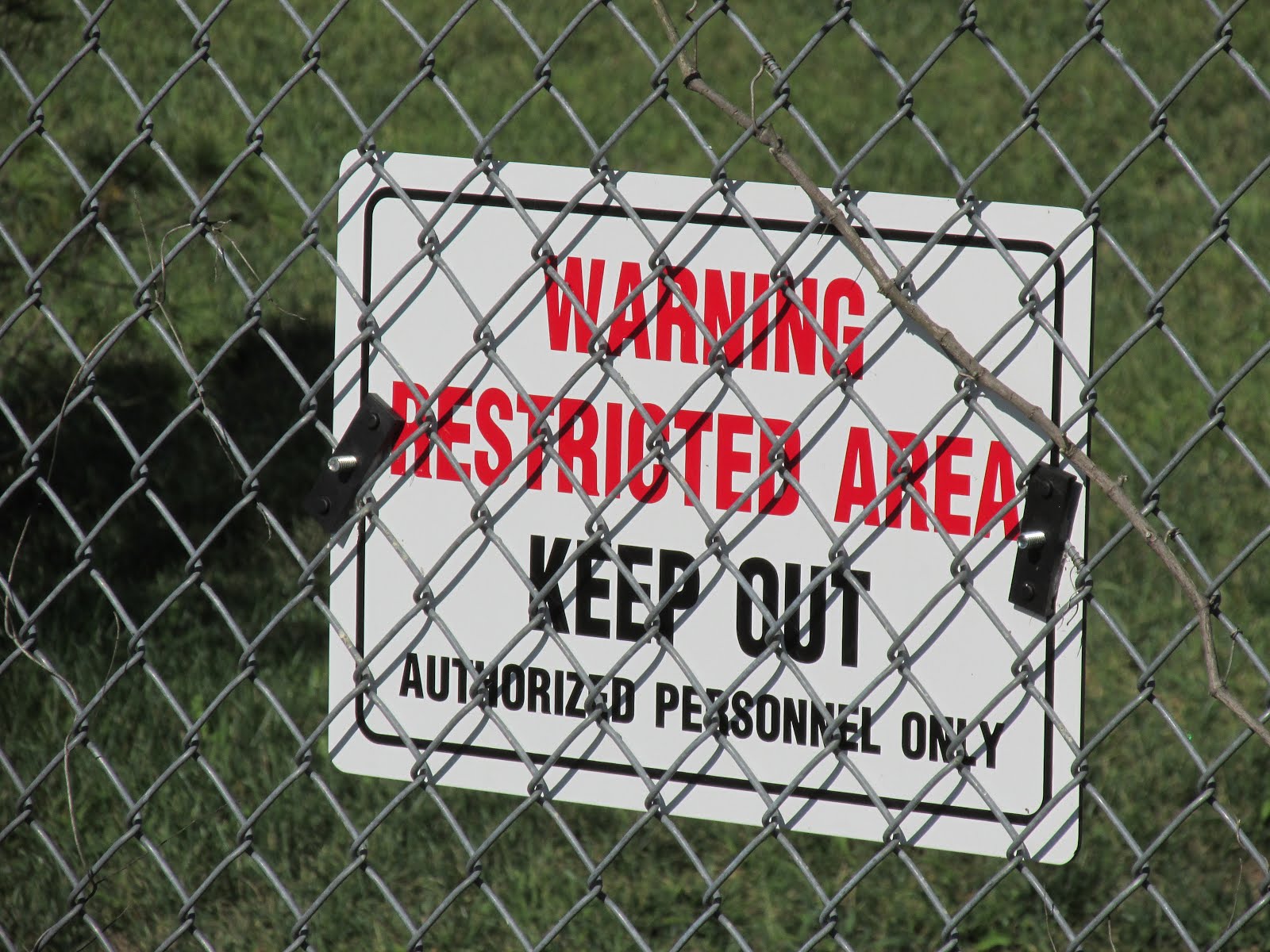